Millions of American children and approximately 3% of the adult population have been diagnosed with Attention-Deficit/Hyperactivity Disorder or ADHD. The main symptoms are reduced attentiveness and concentration, hyperactivity, distractibility and impulsiveness. Recently, researchers found subtle differences in the brain structure and metabolism between children with and without ADHD.

Methylphenidate, more commonly known as Ritalin, is a frequently prescribed drug for this condition. Some reported side effects of Ritalin and other drugs such as Adderall, an amphetamine, used to treat ADHD are reduced appetite and weight loss, stomachaches and insomnia. Furthermore, long-term studies have not been done to determine the effects of these drugs later in life. A study done by the National Toxicology Program found moderate doses of Ritalin to cause liver cancer in mice. Although medications are sometimes required to control the symptoms parents might want to consider other measures first.

Many children who have sensitivities to foods or allergies may have worsening symptoms from particular foods they consume. In a majority of studies done to determine the effect of food dyes, artificial flavors, monosodium glutamate, some food preservatives, and common food allergens such as milk, wheat, eggs and chocolate, children were shown to have increased symptoms. It appears that a child with ADHD who has food allergies or sensitivities may be helped by dietary changes. Eliminating possible food allergens would be the first step in determining if your child could improve without the use of drugs.

Just think of how many foods contain dyes, preservatives, artificial flavorings, artificial sweeteners and other additives. Foods like candy, beverages, cakes, desserts, sweetened cereals, and many other foods frequently consumed by children. Studies were also done to determine if the reason for worsening symptoms was simply from eating high-sugar foods. This was not found to be the case, however, in the majority of children tested. When people have food allergies, you must eliminate all questionable foods and then re-introduce them one at a time in order to determine which foods may be responsible for allergic reactions. Similarly, ADHD symptoms may be enhanced in those with food sensitivities. Children with asthma, hives, hay fever or other allergy-type conditions are the most likely to benefit from dietary changes.

The first step would be to address the food issue. Eliminate certain possible trigger foods and pay attention to your child’s behavior. If no difference is noted then behavioral counseling and possibly medication would be warranted. 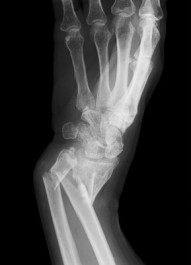